Well how do you do young Willy Macbride ?
Do you mind if I sit here down by your graveside ?
And rest for a while in the hot summer sun
I've ben walking all day and I'm nearly done
I see by your gravestone, you were only nineteen
When you joined the great call-up in 1916
I hope you died quick and I hope you died clean,
Or young Willy Macbride was it slow and obscence ?

Did you leave a wife or a sweetheart behind ?
In some faithful heart is your memory enshrined
Althought you died back in 1916
In that faithful heart are you forever 19
Or are you a stranger without a name Enclosed and forever behind a glass frame
In an old photograph torn battered and stained
And faded to yellow in the brown leather frame

The sun now it shines on the green fields of France
There is a warm summer breeze,
That makes the red poppies dance
And look how the sun shines from under the clouds
There is no gas, no barbed wire there is no guns firing
now
But here in this graveyard that' still no mans land
The countless white crosses stand mute in the sand
To man's blind indifference to his fellow man
To a whole generation that were butchered and damned

Young Willy Macbride, I can't help wondering why
Do those that lie here know why did they die ?
And did they believe when they answered the call
Did they really believe that this war would end wars ? 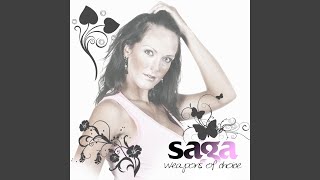 check amazon for Green Fields Of France mp3 download
these lyrics are submitted by kaan
browse other artists under S:S2S3S4S5S6S7S8S9S10S11S12S13
Record Label(s): 2007 Saga
Official lyrics by