[Intro: Trap Manny & Sada Baby]
Knew I was on jail time, yeah
I was locked up on the countdown, yeah
And now a nigga in, I'm out, yeah
You know I'm outside
Doin' this for my niggas who wouldn't make it outside
Ayy

[Verse 1: Sada Baby]
Like I ain't in the house, I'm on my block and on yours too
If I pull up, we gon' shot, gang gon' leave a nigga, he through
I bang red, but I keep blues, I move blues, make you see red
Put my gang 'nem on my jewels, my big homie 'nem in the feds

[Verse 3: Sada Baby]
Now I got brothers in the grave, opps want me to sing
Might be blood all on my chain 'fore I let you take my name
You know big brother 'nem been gone and I need 'em
I got this chopper in my soul, I'ma squeeze it, hmm
Now I done learned from niggas who done lied to me, ain't that somethin'?
Now I got everything I ever wanted, came from nothin'
I get to shakin' somethin', I'ma kill that nigga, he ain't my brother
I don't even thank my mother
She ain't teach me shit, but bitch, it's nothin'
I got too much pain built up in my heart and in my veins
All this shit the same, I'ma kill that nigga, somethin'
All this shit the same
I got too much pain up in my heart, built up in my veins
I'ma kill that nigga, I'm insane, ayy, huh 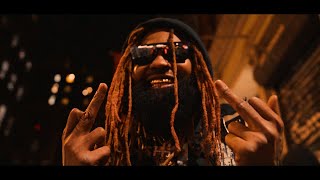