All We Got Lyrics

All We Got
Rusty Trombones
Shadow Of A Bomb Sleep When You're Dead No I No C.e.o.
All We Got video

All We Got Lyrics


i don’t want your money, i want your job
you’re in it for the paycheck man that’s all
but we put our hearts in every song and it might be a waste of time
but it’s all we got
you’ve become a memory
a musical lobotomy
everything you said is dead and gone
your bullshit rock and roll
it’s got no f*cking soul you cashed in and now look what you’ve become
playing to the market
aimed at teens draped in targets
go on man, bring out the firing squad
lyrics shooting lies
hidden behind your disguise
driven by bank accounts applaud
but we’ll, we’ll play on and on…
it’s all we got 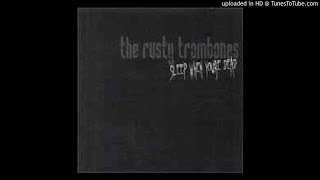 check amazon for All We Got mp3 download
these lyrics are submitted by kaan
browse other artists under R:R2R3R4R5R6

Rate All We Got by Rusty Trombones (current rating: N/A)
12345678910
Meaning to "All We Got" song lyrics
Watch Video Comment Enlarge font Correct lyrics Print lyrics