Clash Of The Ash Lyrics

Clash Of The Ash Lyrics


Hey, now boys there’s something not right
Did anyone see Willie at the dance last night
Let’s pick up Boa without a fuss
Chuck him in with caimans at the back of the bus
‘Cause we’re running late, it’s way past ten
We’re driving through the straths and glens
Come on, Johnny Bulla, make it fast
For the 12 noon throw-up
And the clash of the ash

Well we’d better make change now it seems
Geek to the centre, Weed to the wing
The Rocket’s old and slow and due to retire
Stick him right on the sawdust ready to fire
But if we do all that and there’s no-one spare Tell me who’s gonna mark the Kinlochsheil Bear
He’s hard as nails, quick as a flash
He comes down from the caves
For the clash of the ash

This story started long ago
With heroes forges and legends told
And for every fighting highland man
Stand by your brother, die for the clan
But when the whistle blows and the battle’s done
These shinty boys shine like the sun
We don’t play for fame, we don’t play for cash
We just play for the glory
And the clash of the ash 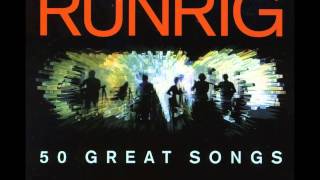