When an irresistible force such as you
Meets an old immovable object like me
You can bet as sure as you live
Somewhere, sometime, somehow
Something's gotta give

When an irrepressible smile such as yours
Warms an old implacable heart such as mine
Don't say no because I insist
Somewhere, sometime
Something's gotta give

So, look out cause who knows what the fates have in store From their vast mysterious sky
But I'll try hard ignoring your lips I adore
But how long can anyone try? 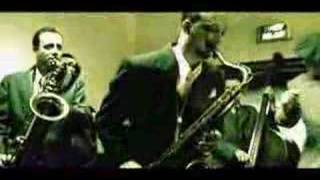