I had to pass all of my exams
The old man said I had to be the best one
I had to do this and I had to do that
They really kept me under constant pressure
'And why aren't you the captain of the cricket team?'
'Why aren't you the genius of the class?'
'It's about time you pulled your socks up, me lad
Otherwise you'll get a rude awakening'
I had to be this and I had to do that
I really had to try and be a someone
And they all tried to make a someone out of me
And never saw that I could only be me
The worst thing about the system is the system
And if I was to be successful now
They'd all turn round and say:

'But Dad, I came away from you
I came away from everything the whole of that scene stood for-
I mean you remember all those heroes you wanted me to be?
All those engine drivers I had to be?
I tell you there was only one thing I could have been and that was me. Yeah but you know, oh well'

'So you knew I had it in me?
Yeah so what's the new word? - Success?
Yeah, all right, so, well if that's what success means you can stuff it
I don't wanna know
And the money and the trappings you can throw in the sea
'Cause I don't want them.'

'Eeee now lad, now then, come on lad
Hey it'd take me a long time to throw all the money you've got in the sea. Heh-heh, hee-hee, heh-heh!'

'Oh I don't know. I should never have picked the guitar up in the first place
I knew what I was doing wrong
I was just trying to turn people on
That's all I was trying to do
But then, yeah, that's just as bad as them though, that, isn't it?
Everybody's got to be converted
Everybody must be converted
You've got to belong somewhere
Yeah - well - never mind. Just get on with it all I suppose
Just get on with it.'

'Eeee lad, I don't know, you're talking a lot of rubbish tonight. What do you mean?' There once was a tiny, very naughty little boy -
With a dirty face
His Mummy taught him to be clean and tidy and kept him in his place
Father was a man of culture. God was in the sky ready to give chase
There once was a tiny, very naughty little boy, who grew into a youth
The Mum and Daddy read the daily horror the bible was the only truth
They groomed him for the battlefield of living in a world of abuse
Once upon a time there was a little being kicked out into a seething world
The lies that dear old Mum and Dad so innocently fed him with were all unfurled
In ignorance he grew to hate the lot he had inherited at birth

Look at the literature under his arm, he is doing his best to impress you
Man of the world and his own daydream hero he desperately tries to convert you
But his thoughts they are changing - and as he looks at himself
He looks at himself

You needed me
For the continuance of the race
And all that I was needing was your loving
Why did you deceive me?
Telling me that you had the answer?
Why did you not tell me?
That there wasn't even a question? 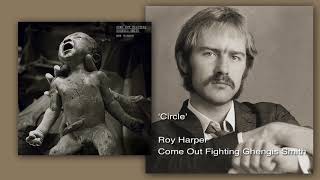