Stab
Rotting Out
Reaper Skin Positive Views The End City Of Shame I Love Living In The City I Want A Disaster Laugh It Up Kid From The Inside Laugh Now, Die Later
Stab video Rotting Out twitter Rotting Out facebook


A boy obsessed with movies and comics.
He was too scared to hold a gun so he was just an accomplice.
He hated his old man,
so he cursed him in silence.
One day the boy snaps,
so he switches over to violence.
He saw his mom slapped and it pinned back his eyelids.
His eyes poured out because it was backed up inside him.
He picked up a screwdriver and his rage spread like a virus.
He wasn't prepared for it to come to this.
For ten years,
he was so tempted to try this.
Now there's blood on his hands and the old man is almost unconscious. His mother screams and he stops and he speaks...
"I'm sorry, I never asked to be like this."
So he strangled his soul and slit its wrist.
She knew he was done feeling,
so she gave him a kiss.
There was a look she gave,
disappointed, ashamed,
and ever since then he was never the same.
What would you do if it was you?
This is the boiling point of a bastard boy.
This is a turning point of a boy destroyed.
What would you do if it was you? 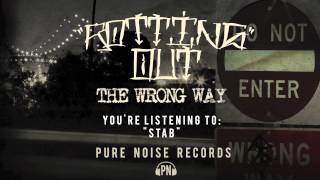 check amazon for Stab mp3 download
these lyrics are submitted by musixmatch3
browse other artists under R:R2R3R4R5R6R7
Record Label(s): House of Rott 2013
Official lyrics by