Nuff a dem paranoid, this I can’t figure yeh
Truth made manifest from back inna the ancient days
Now computer age, has got them in a rage
Its 2 thousand years, we don’t have time to waste

Now millennium has got them acting strange
And mass suicide, it punctuate them fears
I N I have no fear, just spreading truth and love again
And then I man a say
One day you will rise again.

Now New world order, no mi nu fear
Illuminati threats upon my life I know I just don’t
care
Its 2 thousand years, just make your path so straight
And then I man a say, 1 day you will rise again

In 1998
I saw the visions so clear
I know it’s not too late
We still got a little more time to pray
But for now, I know
No matter what the wicked say
I’ll sing every day and chant them down in every way Stidly bap ba dap ba whoa –oh-no (x3)
We slowly watch Babylon tumbling down, tumbling down

Nuff ah dem paranoid
This I can’t figure no way
Truth made oh so clear from back inna the ancient day
And now computer age has got them in a rage
Its 2000 years and I don’t have time to waste
See them walking down the street yeh with a rebel yell
But yet the universe them living in is oh so parallel
And now in desperation man now try to clone themselves
Its 2000 years
Don’t be no stack upon a shelf.

JAH gimme talent to burn fire upon all the wicked men.
(x2) 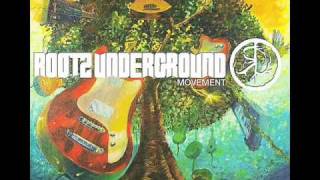