The Show
Roots
I Don't Care Ital Web Boom! Break You Off Datskat Concerto Of The Desperado Complexity Who Tells Your Story Clones
The Show video Roots twitter


[Intro]
Ladies and gentlemen
The greatest stage show you've ever witnessed
Appearing live, from out the 2-1-5, The Roots crew

[Verse 1]
Big respect to the Get fresh, yes
Have you ever seen a show and fellas on the mic
make one minute rhymes that don't come out right
(They bite) Aiyo, they never write (That's not polite)
Word up, am I lyin? (Nah, you're quite right)
Well tonight on this very mic you're about to hear
We swear, the illest star rappers of the year
So so, cheerio, yell, scream "Bravo"
Also, if you didn't know it's The Roots Show

[Verse 3]
Well it, started on-a O'Saints Avenue
When we came up with the squad that's called The Roots crew
It was me, Qwest Kemal, Hubbard and my man Malik-
B, and Rahzel from the NYC
Who used ta, scratch and sing, make sounds and things For example, check out this telephone ring

[telephone ring]
Hello? Hello? Can I speak to Rahzel?
No, he's not in right now

Well anyway, no more delay
Just peep out the ill my man display
But'cha gotta be (fresh), Rahzel'll rock (fresh)
like D-O-U-G-I-E (fresh)
And I'm known for the.......
and not for the........
Rahzel the Godfather, the entertainer
No other title could fit me plainer
In the past generation, I am the remainder
And I'm also known as the beatbox trainer
Cashin cheques, makin sound effects
After I finish rockin, Black Thought is up next

Well here's a lil' sometin that needs to be heard
Rah, I was headin Uptown, (Word 'Riq), word
(Chillin) and all alone, no one to be with
Hopped up on the train headed for 2-5th
and saw this pretty girl (what?), so I sat beside her
Then she went [roar] like she was Tony the Tiger
I said "Oh no, there's been a mistake
Love, my name is Black Thought, not Frostie Flakes"
(Oh, golly wally) Well, she was raisin hell
She said "Aah, my name is Maggie but call me Michelle"
[something in reverse]
Check it out, Roots crew and yeah, we rock the house, y'nahI'msayin?
And when I'm on the mic, there won't be no delayin
So bust a move, we show and prove
Yo Rahzel, do that record Jam on the Groove

[Outro]
As you can see, most definitely
The Roots are....
Come up Rahzel, come up Illa Del
Come up ?UESTLOVE, and then come on up Hub
Come up Malik B, and then behind him D
Come up Dice Raw, the 5th Dynasty
and Black Thought sendin out a shout to the Get Fresh Crew
and Doug E. 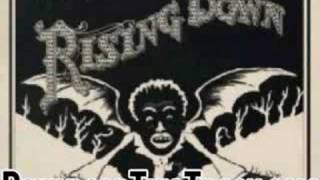