[Hook: ?uestlove (x2)]
It's the love, in your heart
Or the pain, in your mind
No one cares, what the truth is
Cause 'em fortunes, they don't lie

[Malik B.]
Ok, uh-huh, ok, yo
I'm exhausted, but I never ever forfeit
Y'all just bullshit while I knock a nigga off quick
Y'all start speaking in tongues and start reaching for guns
A militant will put this heat in your lungs
The street and the slums, the weekend is done
The local class always show you what heat is become
The seasons are done, and reasons are none
People dyin' bullets flyin' cause they squeezin' for fun
It's all of a nightmare, that's right there
They hopin' that somebody in the hood just might care
With all this protestin' and rallyin', death toll tallyin'
Foul smells around them, pails in the alley an'
Corner filled with teddy bears, cause they killed a child again,
They sing about murder, so it ain't a song it's hollerin'
Get off the choir with your soft attire,
Niggas out here don't give a f*ck, cause they Lost Desire

[Talib Kweli]
Yeah
My city's full of, heartbreakers and stargazers
Who puff garsh Vegas
So they "Gone with the wind", like Clark Gable,
Breathin' like Darth Vader, believin' in dark angel
Yeah, we got flags, but they not star-spangled
We not patriotic, the heroes are not them,
Ghetto grills like rims, you stop, they still spin Tall tales at the bar, witnessed after dark
And we still stop in and chicken and (?) Timbs
And listen to Rakim
With the way that y'all been
For realla, I hadn't been schemin' to ply in
You fear us? Fear is self, personified
Payin' homage to homicide
Prayin' to the dollar sign
It's idol/idle worship, the rebel forces
Bodies lie at the foundation of the fortress
This is war, we expect some losses
And we comin' for the heads of the bosses

[Black Thought]
Yo
We on some casualties of war shit
What you stand for, kid?
We in the city where they definitely lost it
You open your eye-lids and get capped in the ribs
Your funeral they have your 12th grade portrait
Pretty corpse in casket, bell-shaped orchids
Said he 19 and left a self-made fortune
And left three orphans
Now he in a box with the same chain and watch
That never came off him
It's a shame what it cost him
Where he come from it ain't nothin'
It's a everyday thing, that's a problem
It's chambers revolvin'
Bustin' like Russian roulette
With a full set, they change what the odds is,
Flames in the mosque, and people held hostage
Everyday I struggle, try to get up out the mosh-pit
Homicide for profit, tell me how we not sick?
This shit is out of control, they can't stop it 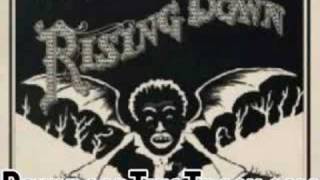