[Intro:]
{"Saved Message. Today at 5.47 PM"}
"My man, JD, was a true hip hop artist
... I can't explain the influence that
his mind and ear have had on my band
myself and the careers of so many other
artists. The most humble, modest, worthy
and gifted beatmaker I've known. And
definitely the best producer on the mic.
Never without that signature smile and head
bouncin' to the beat. JD had a passion for
life and music, and will never be forgotten.
He's a brother that was loved by me, and I
love what he's done for us. And though I'm
happy he's no longer in the pain he'd been
recently feelin', I'm crushed by the pain of
his absence. Name's Dilla Dog and I can only
rep the real and raw. My man, Dilla, rest in
peace."

Last of the red hot (red hot), lovin' emcees
Who came up poor, grits and government cheese
The only thing I ever really loved in my life, was a mic
Some of my niggaz fell in love with MPs, come on
Work the bass, nigga, juggle them keys
I'm tryin'a get a piece of this government green
And smack 'em in the melon with another LP
C'mon, help a couple people in the struggle get free
We from the block, where people stay prepared to rock
and it's hard, 'cause opportunity be scared to knock
and mo' people in the 'hood found dead from cops
than guns that drop, that sprayed off random shots
But whatcha know good, people say they in the hood fo' good
You ain't a prisoner, the world got mo' to it
Sky's the limit, it don't take but a minute
Don't fear for your people, nigga, my 'hood's yo' 'hood {*echoes*}
Yeah, ... we did it...

[Verse 2: Black Thought]
Can't Stop This, I want my peoples to rock this
Bang this music in your speakers and boxes
Legs and users, 'bout as a deep as my thoughts is Sit back and I'mma paint you a portrait
This stuff can make you think you are lost
This shit can have you exhausted
Just, picture the planet and imagine it's yours, kid
Don't ever let nobody knock you outta your orbit
I never seen a bridge we couldn't shuffle across it
We got a lotta people livin' a life, that's pure trivia
Real hip hop, I ain't tryin'a get rid of ya
Can't have that, because here come, the city of Philly
Put an end to all the trivia, really
Where I'm walkin' er'ybody ain't pretty or friendly
It's work, my whole life they ain't give me a penny
Comin' up between a rock and a hard, watchin' for God
People, hip hop, and with no option at all
Yo ... it's how it's goin' down...

We bring the (?) part of raps, the special sounds
The robe's long enough to be considered a gown
Thought's pen is sharp enough to be considered a crown
When the plate come, take some, pass it around
It's the last of the hip hop lovin' emcees
In front of an audience that never been pleased
I'm comin' from all the streets that never been cleaned
and speakin' for any faith that never been seen
This debeneir style of my words is high-calibre
Speakin' my mind for every day that's on the calendar
'cause I'll'a been quiet, about as long as I can handle it
Walked a mile in these boots that I'm standin' in
Mellow soul brother with his lyrical dean on
The stages I'm seen on, mic I fiend on
When it's all full of soul, that's when it means more
I never hesitate to give a shoulder to lean on, yo
... Check it out, man

[A series of people pay tribute to J Dilla to fade] 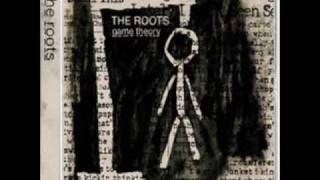