Then there was the time
I saw the great Hank Williams singing on the stage in Philadelphia,
Pennsylvania and he was all dressed up in drag
From his rose red lips to his rhinestone hips he belted
Out song after song as he drank from a brown paper bag
And the songs he sang of love and pain,
So pure perfect reflections of human imperfections,
It damn near choked me up
But the rest of the show, was kind of slow
And then someone woke me up

Later on the Astros were silently beating the living crap
Out of Cincinnati on the TV above
And a little to the left of the great Hank Williams' head
As a busty suicide blonde waitress poured him a double shot of 'whatever you got'
And laughingly said "I thought you were dead"
The pool balls cracked as he tilted his head back
And told her how he had been a big star but now country music was full of freaks He sat there, in the TV glare
Mascara streaked his cheeks

When I was only sixteen years old I went from Houston to Abilene
With a spunky stunningly handsome woman in a Volkswagen Bug
She was grown with some kids all her own,
A committment-free divorcee, and I was a man in love
We had only one 8-track tape but it was of the late great
Hank Williams and we sang in two-part harmony
"Hey good lookin', how's about cookin'
Something up with me"

Back at the bar they were calling last call
So I gave the barmaid a credit card to pay up my tab
The TV was turned off and the stage was dark
And the great Hank Williams was gone so I asked her to call me a cab
She said if you like I can give you a ride,
So there we were out the door and into the city of brotherly love
Into the night, out of sight
In a VW Bug 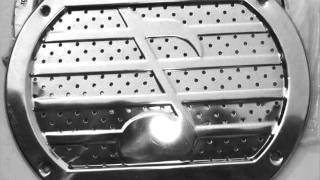