It's like a holocaust to the boss when I toss
Too much knowledge kicked then you're lost
In a shuffle of feet, Jinx the fiddler
And I control your mind like Hitler
You bow and vow to authority
See now, a sucker with a style just boring me
So I show K.N.O.W.
L.E.D.G.E. it might trouble you
Then I transform like a Decepticon
With a mic as a bomb
In my right palm
But I don't stay calm
So panic
Others can't flow so they go schizophrenic
You thought I dropped a dud in your face
Until you taste the blood of the bass
Then you faint, or better yet pass out
When I'm on the mic, believe it's ass out
You think you're raw so you draw
You lose, you're hung, you bite your tongue
The whole town saw in awe as you strangle
A noose on your neck, and you dangle
From side to side in the blazing heat
You're beat, you're dead, the fools fell off
You feel you're turning red, it's said
That your head burst
And this is only the first verse
Of the bomb

Don't break up the fight let them rumble
Over the years I've watched some go super-bad quick
Now the smell of the pen has got them sick to the
stomach
Now ask yourself, who's stupid?
I take funky funky beats and I loop it
And pimp slap you in the face with the bass
And the boom from the bomb that I drop
Stop
You have a flat top as a fashion
I love Black women with a passion
But when they gotta go and show their ass in I gotta clown the hoes, yeah
You gotta watch the ones with the big derrieres
They'll steer you wrong
Ice Cube's got it going on, hit me
For the gangster boogie two times for the gangster
rhyme
The system ain't wholesome
They want to put a young brother in Folsom
And others see me on lockdown
But I come up foul then they get knocked out, word
To the brother that rolls the herb
Everybody getting knocked to the curb like that
Jinx got the gat, and it's a fact
He'll kick a funky beat to peel your cap
Now who's the mack?
Who's the hoe?
Who's the trick?
I got many, many styles won't you take a pick
But don't be alarmed
When I trip and stumble and fumble
And drop the (rewind)
Drop the bomb

I'm solo, you ask how I'm living
Still dropping more shit than a pigeon
With the L, the E, the N, the C, the H,
The M, the O, the B, the great
Lyrics that make the beat swing and I gotcha
It's the hip-hopper that don't like coppers
And if you try to upset the pot son
You get kicked in the chest like a shotgun
I make the beats, I make the breaks
I make the rhymes that make you shake
Make you find
Ice Cube never caught in the middle
I make shit to kick you in the ass a little
And still never hesitate to stutter step
Or bust a repitition on the mic
Still dissing all the hype
From left to right
How many left to fight?
So what that Lench Mob like? 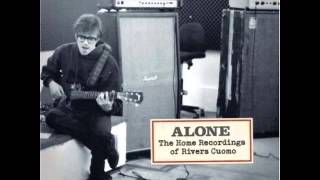