(I'd like to tell you a story about a little girl. She was a happy little girl. She would wake up each morning, just kind of excited to be alive and wondering what great thing would happen that day. She had a lot of love and trust. She had that real spark of childlike innocence and faith. She was four...not quite five. She had a brother and a sister, they were younger. She had a mother whom she dearly loved and dad who was really struggling with alcoholism. In one day, in this child's world, it just came to an abrupt change. This little girl's mother woke up blind in one of her eyes. It was a freak virus. No one knew why, but it was terrifying. She didn't know if it was going to attack the other eye or what was going to happen. She was looking for a miracle; she was desperate, she wanted to keep her family together. She went into the hospital looking for a healing, and the three children went off to the grandparents. Now this seemed like a very good idea for the little girl; the grandfather was a pastor in a small, Southern town, a respected man in his community. But there was something about him that a lot of people didn't know, and that was the fact that he was a child molester. And within that time, while her mother was in the hospital, the little girl went through unspeakable horrors...and that childlike light, that innocence, that trust, that faith, it was stomped on, and it was gone. Now I know about that, because I was that little girl

My mother, she got her sight back, and we were reunited as a family...but I was never the same. I was angry, I wondered why, wondered what I had done wrong. By the time I was a teenager, I was just a bubbling cauldron of emotions, getting ready to erupt. I lived like a crazy person; I didn't care what happened. I'd use a person, they'd use me - hey, it didn't matter; what was love? And right around my eighteenth birthday, my sister invited me to come to this coffee house and...it's kind of a rock club. And there was this group playing on the stage, and they were playing, you know, some good music; it was my kind of music. But it was very weird because they were talking about God. And, in between the songs, this man got up and he said that no matter what you've done, no matter what has been done to you, you can be like a little child again It was like an arrow piecing my heart. I started to get all shook up, and I thought, "I'm gonna cry in front of these people, I gotta get out of here." I went and I hid in the ladies bathroom. I thought, "Hey, I'll get a big drink of water, I'll swallow the big lump in my throat, and I'll leave here." But, as I walked out, someone touched me on the shoulder and they asked me...they said, "Do you want to pray?". I didn't know if I could trust God, but I took a chance; I didn't have anything to lose, and I desperately wanted to be a new person. I wanted to be that little child again. So, that night I trusted Jesus Christ with my problems, my fears, my hurts. And every night we do a concert, I know that Jesus Christ is piercing someone's heart...and his love is right there for you.)
Explain lyrics
Correct lyrics 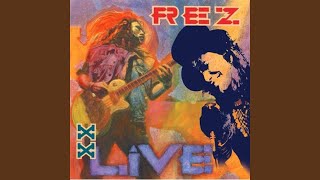