The era of destruction has begun
The daily carnage wastes Earths resources
Besieged by (dark) omens of suffering
Continually brutalized, rainforests are compromised
Bringing the planet to the edge of forgetfulness

Blind with no mercy, ravager whose apocalypse is
instigator and executor 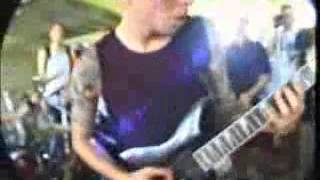