Arise legions of the damned I command revenge
Hark, the winds of war are howling
Turn your other cheek to peace, embrace the slaughter and the glory of war

The scales never balance, always have they tipped
Never in goof favor, never for the weak The horizons alight with fith fire, blackening the sky
A trophy sculped in treachery forever mounted amidst our victory

Bodies piled in lines, like the dying of a family tree
Marks the length and breadth of our depravity
As for the rage of men, that would undo the earth one thousand times ten
The wolrd becomes their burial, the capital city for life's denial
And in the thickening black, the light of the stars the smoke attacks,
See the false horizon rise, the burning aftermath of mass genocide 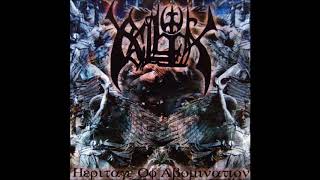