(Verse)
Stop the steal the mainstream media misleads
FOX, CNN, MSNBC News
Yall can't fool me Dominion voting machines
Has changed the way the votes were casted
You see there's a Chinese chip inside of them
The votes been switched from Trump to Biden
And that's why we know that they are hiding
We have to stop them If we don't this country
Will never be the same

(Verse)
Stop the steal the mainstream media misleads
FOX, CNN, MSNBC all of them they try to fool us
But they can't Dominion voting machines has
Chinese chips switching the votes there ain't no hope
For them to pass it through cause God is on our side
And that is true so I say stand up and fight this evil
Forces Hallelujah Amen 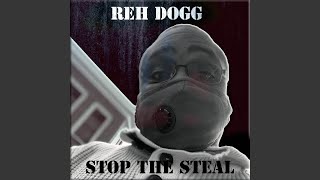 check amazon for Stop The Steal mp3 download
these lyrics are submitted by Reh Dogg
browse other artists under R:R2R3R4R5R6