Lyrics: (Intro)
2012 It's time to take this trash out
Obama him and his tyranny
Let's show him that we're not gonna
take it anymore
Send him a strong message and
have him lose by a major landslide
Ya heard

(Chorus)
I am a patriot, you'll never shut me up
My knowledge dangerous, won't give up
Patriot (Twice)

(Verse)
Michelle Obama whispered in her husbands ear
on 9/11 event "all this for a flag"
as he nods in agreement this should be enough
to start the proceedings for impeachment
White people of America don't give up the guilty
vote again if you do America will have no hope
That's right don't let this man get your vote
Tea party members tea party activists
Don't fall for the trap, they want us to get violent
Don't do it we can fight them with the love and the
word and the truth
Lies will always bring them down that's the truth
It's God's way or no way evil ones they have to say
that they will not make it to the Kingdom of God
that's right
Do the right thing in the evenings pray and you will
make it that's right you heard me
So I want yall to listen to me R,E,H,D,O double G
Say it one time in 2012 what get rid of the tyrant Obama

(Chorus)
I am a patriot, you'll never shut me up
My knowledge dangerous, won't give up Patriot (Twice)

(Verse)
Strike me down and I'll keep on coming you can't break
my spirit cause I'm always learning
Liberalism is a mental disorder, what yall didn't understand
secure the border F the political correctness stand up for justice
let's just talk about 9/11 sit down and listen as I reminisce
Don't wanna listen
then put your lips to my ass and kiss New World Order faggots
The world has gone to hell in a hand basket
Muslim President who dislike Christianity
Michelle Obama done lost her damn mind 10 million dollars she has spent
of the taxpayers money and she thinks all of this is funny
Well I'm not laughing you're just a whore a slut
She don't know what the flag really means, she don't really understand
what it means to be free
She don't understand slavery, she don't understand anything but spending money
Take 10 million of our money spending like she's a crack whore ah men
get me so angry you want more

(Chorus)
I am a patriot, you'll never shut me up
My knowledge dangerous, won't give up
Patriot (Twice)

(Chorus)
I am a patriot, you'll never shut me up
My knowledge dangerous, won't give up
Patriot 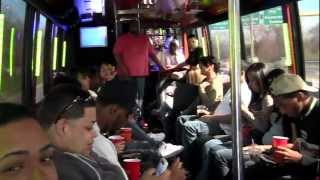