(Intro)
Its time for us as United States citizens to stand up for our rights and
all the people around the world. And America, and the United States and the
United Kingdom.
Cause this government, their trying to bring us down and suppress us and Im
not gonna
Stand for that. You know? Yeah

(Verse)
Im against socialism. Im a conservative democrat who fights back and I
refuse to let
This government attack on my way of life now which is free. They want to
control me.
Im not gonna let them do it. Taxation without representation. Its not far
from the truth.
Thats why they wanna abuse we. Yes you know its not right. Stand up for
your rights.
This will cause a revolution. Get up and stand up and fight. I wont be
dragged under
This system. Demonetic system. Europe and the United States of America they
want to
do away with the U.S. currency. (Chorus)
Government corruption this world is in a state of confusion.
Government corruption, get up and stand up and fight for
Your God giving rights. (Repeat 2 times)

(Verse)
As I was saying the U.S. government and Europe they want to do away with
the U.S. currency. Make a new currency the Euro and they want to control us
and tag us humans.
Stick a microchip inside your bloodstream. They know that this thing will
cause cancer.
But a they no care they want to lead by fear. And I know the world end is
soon near.
Im against the socialism. Im against the confusion the government wants us
to do.
Yes Im a conservative democrat and I will fight back yeah. I refuse to let
this government attack on my free will and I wont let them do it no more.
No they wont do it no more. 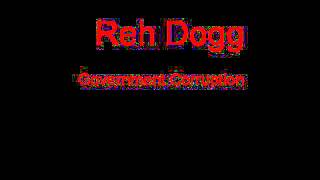