(Intro)
This song is for Amazon, Google, Facebook, Apple, Microsoft
Did I say Amazon yeah there the biggest offenders
They're all monopolies yeah

(Verse)
Amazon is a company filled with liberal f*cks
Bought up Whole Foods, Washington Post now their buying up Toys r Us under a sister name
FTC you need to do your job yeah break them up yeah you got me singing in my head
What the f*ck
What the f*ck
Google no better creating AI's it's a threat to humanity too much power hungry entities
They use themselves to block conservatism message is promoting liberalism
As doctor Savage has said in the past he wrote a book it's called Liberalism is a mental disorder

(Verse)
Bust the trust it's a must Amazon a company filled with liberal f*cks
Bought up Wholefoods, Washington Post now Toys r us under a sister name
FTC you gotta do your job and break them up what the f*ck need I say what the f*ck
You what the f*ck
Google no better building AI's it's a liberal threat cause they wanna kill humanity
I don't get them it's life or death their too powerful an entity they use Youtube to block conservatism
While they promote liberalism and doctor Savage told us liberalism is a mental disorder
Yall didn't get it 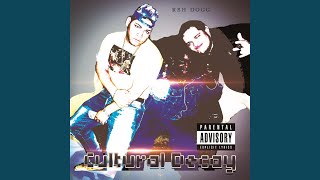 check amazon for Bust The Trust mp3 download
these lyrics are submitted by BURKUL4
browse other artists under R:R2R3R4R5R6
Record Label(s): 2018 Reh Dogg
Official lyrics by