Vultures tear flesh from the rotting corpses of those
Destined for power
Only to be provisions for the scavengers that are left behind
Such an epic downfall, defeated and slain
Eternally butchered and back where they belong
The dirt absorbs the vital fluids
Draining from the king of the dead
Forked tongues and a million eyes
Watch the sun feast upon his flesh
A parasitic banquet, see him waste away
Collect the lifeless this earth is cleansed
Opportune for a new beginning, his holy creation restored Victorious wings fill the sky to make sure its done
Swords still drawn or at their side
Cadavers torn limb from limb heaped, burned and forgotten
The smoke and the stench of hells legion fills the air
Life returns, infection eradicated
Affliction disappears but only for a while
Transgressions can only be held down for so long
But the serpent is home now
Such an epic downfall, defeated and slain
f*cked for all eternity, where they belong. 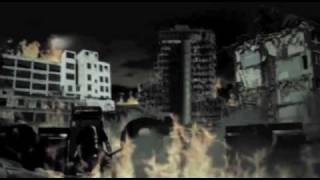 check amazon for Vehemence The Phoenix mp3 download
these lyrics are submitted by http://qwreck.com
browse other artists under R:R2R3R4R5R6
Record Label(s): 2009 Rise Records
Official lyrics by