O' My Father Had A Rabbit Lyrics

O' My Father Had A Rabbit Lyrics


O' My father had a rabbit and he thought it was a duck,
So he stuck it on the table with it's legs cocked up,
He mixed a bowl of stuffing and he left it on the shelf,
But when he came to stuff the duck, the duck had stuffed itself!

So he took it out the oven and he sprinkled it with salt,
And then he put it back again and said I've had a thought.
"If this ducks a rabbit and it's only got two legs,
When it wandered round the garden, how come it laid some eggs!"

So he shouted to my mother to "Come and have a look",
"I've got it in the oven, this thing I'm trying to cook".
My mother started laughing, said "This a funny dish,
Nothing like a duck to me, it looks more like a fish." So she picked it, and pricked it, and covering it with oil.
She plumped it, and thumped it, and wrapped it in tin foil.
Turned up the oven, to get a bit of heat.
But when she went to close the door it jumped out at her feet.

I've never, ever seen, my mother pass a motorbike,
She was running faster than a double decker bus,
Out on the main road and twice round the roundabout,
People standing looking wondered what had caused the fuss.

Well we had to go and catch her and bring her to the house,
Everyone was asking "Do you think she saw a mouse?"
I went into the kitchen, I thought I'd have a look
See if I could find the thing my mother tried to cook

And then I saw a tom cat a sitting on the shelf,
With an empty piece of tin foil, he'd ate the thing himself!
And the sad end to my story, I'll tell before I go,
Was it rabbit, duck or fish we had, We'll never ever know! 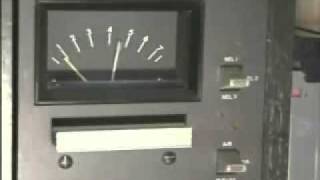 check amazon for O' My Father Had A Rabbit mp3 download
these lyrics are submitted by BURKUL4
browse other artists under R:R2R3R4R5R6