[Verse 1]
In the presence of kingship
Washed all my demons in the dark where the fiends trip
Looking at ravines dream, shallow as deez is
And we ain't talking about flying though, we wingless
Laid there in the city where Diddy danced, I couldn't chance
Not in advance like priest nuns had fatal accidents
On a higher plane, I feel estranged from normal shit
Tap me on my shoulder, I told you, you just too normal, bitch
I recollect in every word they regretting
Trying to conjure every presence, became a king from a peasant
But now the J had to slay the same in his presence
Your gift like intelligence, use it just like a weapon, shit
Cause f*ck second, nigga, I'm out for uno
A minute in, I killed it, and f*ck it, I still got two mo'
I'm like that new coat, you show off
In the wrong season when the coat off
Sweating me, I'm that new Hoss
Polo button, no fronting, I ride for something
Stunting in the quarters where niggas rap before daughters, Hova
It's so over when rap Premier in the rap premiere
She got game, motherf*cker, that's flava in ya ear
Biggie sized, my mac on track, you niggas slapped
Couldn't circle floor if you float inside of a culdesac
Yeah, that's the end to your winning streak
Word to Preemo, I push Chicago, put down the heat
Uh, Chicago, almost put down the heat
But never made it to the finals, that's just ain't defeat Uh, they call me R to the A-P
And that's Preem on the beat, shouts to MC

[Hook]
(There it is... there it is...)
(Sometimes I feel like this rap shit is heaven-sent)
(About to lay it down for these motherf*ckers)

[Verse 2]
From king Arthur to king Carter, the queen bought her
Royalty, loyalty, never deserted like that swana, middle trauma
Decipher how I was penning
I'm pinning you resenting everything like the kingsmen
The beat stall like I walk, I'm so used to winning
This time I told niggas my rhymes is like the menace
Society sobriety, f*ck it, just overdosing it
Waiting the flow and they follow me coast to coast with it
They like ”shit, nigga, f*ck you gone do next?”
Tripping cause I triple like triplets, the growth apex
A text told me ”you solely could be the one”
I replied like ”you cried at night in silence”
Never speak on it
Beast on it everytime I breathe on it
They mourning, yeah, I killed it
They dorment, still I'm building
Like convertibles, never forced to add a ceiling
Keep my mind open, I stay awoke and I'm never slippin'
I'm never Pippen, boreheaded when it come to rap
Only way I know how to be in circle where the kings is at
They say the queens is back, young black Elizabeth
Preem on the beat, nigga rap, I'm still killing it 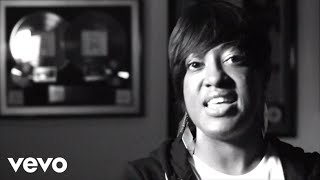