A Million Miles Away Lyrics

A Million Miles Away Lyrics


(B. Walkenhorst)
There was a man named Jim who walked everywhere he went
Cause he could never quite seem to keep his mind on the road
One day it occurred to Jim that he'd taken a wrong turn
Cause he was standing in a place he didn't know
Jim spun on his heels thinking he's backtrack for a while
But before he knew it the sun was sinking
And the landscape in the dark
Well, it could have been New Zealand or New York or New Mexico
So what else is new, Jim was thinking
Because see for a while now Jim felt like things were changing for him
Like the skin of the earth was stretching or the continents were adrift
Jim didn't know if it was so or if it was just him although
He suspected that it was a bit of both he was dealing with
And I feel like I'm tripping
And I feel my steps slipping today
Feel the winds of time whipping my coat around my legs
And I feel about a million miles away
Dawn broke, Jim awoke, he'd been sleeping on his feet
It was morning now but a densely foggy day
Jim decided he'd just sit and wait for the fog to lift But when it didn't he started up again anyway
Man, this is like the blind leading the blind, Jim thought
About that time down the road came this seeing-eye dog
It was well-fed and had a collar but no matter how loud Jim hollered
There wasn't any answer, so he walked on through the fog
Alright, I'm lost, Jim said aloud although a bit begrudgingly
Like things might change in light of this confession
He was both amazed and sour that at this late date and hour
He might find himself in this situation
CHORUS
After walking through the haze for another night and another day
Jim seemed to simply cease to exist
All his panic, hope, and thoughts broke up into small dots
As he gave himself away into the mist
Back in town where Jim lived, sad to say he was never missed
And his name was never spoken again, it's awful but true
Out my window at night I think I see Jim standing in the half-light
Saying hurry up, suffering's got a job to do
CHORUS
Explain lyrics
Correct lyrics 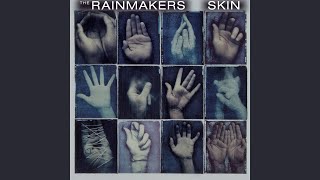