The Cat Came Back Lyrics

The Cat Came Back Lyrics


Now, Old Mr. Johnson had troubles all his own.
He had a yellow cat, who wouldn't leave his home.
He tried, and he tried to give the cat away.
He gave it to a man going far, far away.

Now, the man around the corner swore he'd kill the cat
on
sight.
So, he loaded up his shotgun with nails & dynamite.
He waited & he waited for the cat to come around....
97 pieces of the man is all that was found.
Chorus
So, he gave it to a man going up in a balloon. He told him for to take him to the Man in the Moon.
The balloon came down about 90 miles away. Where the
man is now,
well I dare not say. Chorus
So, he gave it to a man going way out west.
Told him to take him to the one he loved the best.
First the train hit the track, then it jumped the rail.
Not a soul was left behind to tell the gruesome tale.
Chorus
Now the cat was a possessor or a family all his own,
With 7 little kittens, til there came a cyclone.
It tore the houses all apart and tossed the cat around.
The air was filled with kittens, but not one was ever
found.
Chorus 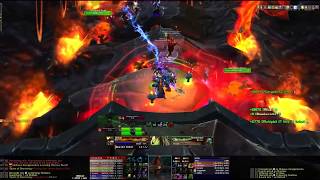