[Kung-fu sample:]
Very good!
Who are you?
We are from the Wu-Tang
Shaolin's the foundation
From which all kung-fu springs
Buddha's name be praised

[Raekwon:]
I met him by Snake Pond, my hand on the flamer, my bomb
I park, Rae, Ghost, then lit up the bong
It's nightfall, nothing here, nothing to fear
Just got things to touch on, then he walked up weird
Walked in frail as stale, his eyes were soft
His face was pale, I looked at him kneel
Just wanna talk, you a deer, starting chasing him
He jumped in the tree, had grass in his ear
I'm a kill you nigga, you gonna have to come down
Little did he know I was a leader, a full bred eater
Jump in new V's, shopping, had the fever
Next stop Starbucks and Spiegels, Jags had diesel
Then she walked in, fly little diva
Niggas on the scheme for you gleam, they come from your school
A bunch of snake bites, they bitch smacked Shareen
She slid in the '09 Beemer, with that sex whore Sabrina
Fortune checks, live in Medina
Thanks for the info, my kinfolk, listen, Ms. Window With the big pimple on her temple
Any more knowledge is college, you gave enough to be bounced now
She shot up in Chipotle, don't quote me
917, 646, you know it's war, bitch,
Can't dress for nothing, she fronting
Took a piss, roll up, let's twist, pulled down my pants
Good look, and shot through her tits
Now I gotta picture who I'm looking for, fake ass Brooklyn boy
I know his f*cking family, f*ck 'em all
I used to love brothers, now I hate 'em
Mostly them gator boys, who stunting and they never seen Nathan
Me and my real soldiers who started it, won't play part of it
But I'm a get to the bottom, I got 'em
Newspapers saying they shot 'em, but on the low
I heard he shot himself
A trip, yo, the poison me, I come from the poison peas
Where mothers run old nightclubs with tons of ki
Old lady holding them G's, dope fiends, holes in they jeans
Magicians that can make blow green
I know his whole team, no craze, dough so low
I hit 'em off mean, now he wanna hold me, no bro, B 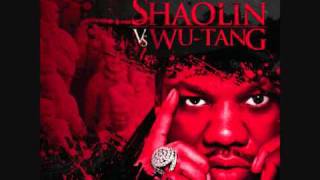