[Raekwon:]
I ain't no joke, I used to let the mic smoke
Now I slam it when I'm done, give me my ten G coat
To perform another song, cuz I won't let
Nobody press up and mess up, the scene I wet
I like to stand in the crowd, and watch niggas wonder
Damn, then think about, then you wonder
Clan, they just rag shit, rip shit, bruise shit
Maybe that's the rap shit, I gotta prove shit
Even if it's jazz or the quiet storm
Now flip the beat up, convert it to a hip hop joint
Write a rhyme and graffiti in, every show you see me in
Deep concentration, swift like the beamer, kid
Go with the crowd, while my lyrics spit flames
I flow-tate the vowel, cuz it's all in my veins
Another remedy, fly niggas is enemy
Cuz I'm live as some rap niggas with energy
Now do it, cuz I'mma put the nine on pause
My sharks beaming, catch you on the side of the store
Call your bluff, make you stare in my face, ya team suck
Remember me? The one you got your ideas from
How soon you start to suffer, until you get stuck up
When you start to f*ck up, that's when you get bucked up
Bitin me, you think you dope, I smash your boat, with bad coke
You should of wrote, because I ain't no joke

[Chorus x2: Ultra]
It's been a long time, I shouldn't have let you Without a re-up to connect to
Think of all the weak product you slept through
Time's up, I'm sorry I kept you

[Raekwon:]
I was a fiend, before I was seventeen
I melt the microphone like blowing some evergreen
It's all in the making, from where hip hop was originated
Peace to the streets, the bubblers, mark & dated
Cuz I grab the mic, now I say "yes ya'll"
Ya'll yell 'scrape it', then I'mma say 'let's ball'
Come on, cool, cuz I'mma get on rep
Twist a 'dro on the speaker, pull the snub and then flex
Back to them crabs, ya'll niggas had ya'll laughs
And then I spaz on the rhymes I splashed
From back to your brother gun, then I grab the double pump
Then this the opposite, and ask if another come
Cuz I'mma get busy, get dough with my team, yup
I don't need a cigarette, know what I mean?
I'm raging, rip up the stage and don't it amazing
Cuz every line is laid in
Caught up, thoughts are sort a, an addiction
Bags of pies, smell of bricks, kid
Vocals vocabulary, the stage is a suction
The mic is a draino, volcanos erupting
Lines overblowing, gradually glowing
Every thing is written in the cold, slick & coin'
Slide.. my thoughts'll glide
Forty-eight MAC's and knives
The invincible, microphone fiend, Raekwon
Spread the word, cuz it's on
B-E-R-E-A-L, a smooth operator with notorious crack sales 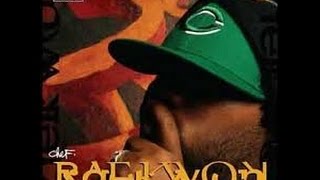 check amazon for Rakim Tribute mp3 download
these lyrics are submitted by kaan
browse other artists under R:R2R3R4R5R6