Never Matter To You Lyrics

Never Matter To You Lyrics (feat. Bun B)

[Bun B]
We used to come down in the slab together, we hit the ave together
Them wood grain wheels we grabbed together
Had the same plugs, cooked out of the same kitchen
Hustle with the same thugs, on the same corners pitching
We hit the same clubs, my family and your squad
Bought all the bottles they had, we hit 'em so hard
Fifty G's on Friday night, sixty on the next
Hundred thousand dollar weekend, my nigga, we used to flex
Bad bitches for the sex, best weed for us to blow
Now with me you gotta plex, wanna take it toe to toe
Is it over a ho, over this work, over the dough?
Boy, you in over your head, and don't say I ain't told you so
You never been a soldier, bro, so don't try to front for me, man
Then lifting weights, acting like you He-Man, ain't G, man
Quit showing out, nigga, let's go and keep it true
I guess the shit that we been through ("Never used to matter to you...")

[Raekwon]
Yo, we puff ounces together, I could of bounced and left you When they through them shotties under your nephew
You know I stood there, back you down, and stood ground, was part of the plan
I thought it said ("Never used to matter to you...")
You played it like you was the ringleader, you was a queen
Lost your manhood, you're off of the team
Don't ever come back, I'm spitting on you, shitting on you, no more sales
These shells got your name in script, I'm flipping on you
Corner drug nigga with priors, your gun never went off
In jail you was a liar, your wore wires
Stop fronting on the team, you're through, buy a gun, a crew
But overall it never ("Never used to matter to you...")
We hustle for money, you hustle and funny
Gave you that name, hated my fame, you hated my chain
Now the chair turn, this is our view, coward you through
Don't try to say it never ("Never used to matter to you...")
You f*cking liar... 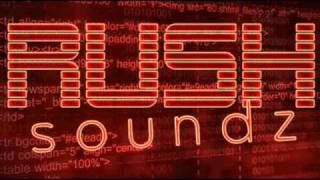 check amazon for Never Matter To You mp3 download
these lyrics are submitted by itunes3
browse other artists under R:R2R3R4R5R6R7
Songwriter(s): Raekwon, Bun B
Record Label(s): 2010 ICEH20 Records All rights reserved Unauthorized reproduction is a violation of applicable laws Manufactured by Caroline Third Party,
Official lyrics by