Oh, She'd just shut up and do what she does best
Show a little bit of skin but keep it all when she's undressed
And doesn't she know that she is doing it all wrong
You can't tell a joke, yeah while I'm listening to your song

And all of this talking and all of this chatter is making me sick
Even though they say it doesn't matter
Let's put them in a room or maybe they should stay apart
Or maybe words are meant a mile, yeah let's f*ck with their hearts

Oh, if he'd just shut off his conscience for one day
And take a cue from all of us and give us a song we can really play
Doesn't he know he's going down and going down fast
If he keeps on being difficult, he'll always come in last

Oh look, they're losing all of their trust
Oh look, they're trying to bite the helping hand that feeds them
We put clothes on their backs and they took the money up front
Now they don't like what we're saying so let's up and leave them

All of this talking and all of this chatter is making me sick
Even though they say it doesn't matter
I'm becoming a bore, now I am wasting ashore
Now I'm still broken but the subjects been spoken 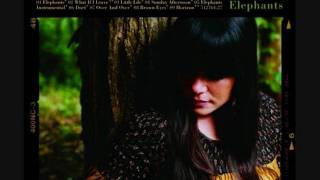 check amazon for Accident mp3 download
browse other artists under R:R2R3R4R5R6
Songwriter(s): RACHAEL YAMAGATA
Record Label(s): 2008 Warner Bros Records Inc for the U S and WEA International Inc for the world outside the U S
Official lyrics by