I walk in the Pentagon with a blood soaked hatchet
Leave the president's nose shattered
Stretch his neck like go gadget, and toe tag it
You a stone cold faggot
I hold the chrome in a jacket
Go toe to toe with a savage
And roll you over a cactus
Funeral's are closed caskets, coke addicts
Chrome ratches, the whole package
I'll beat Moses on the head with them stone tablets
I killed Kennedy, brains blown all over Onassis
I'll hold my own with the axes
And turn the pope into ashes
Designed frequency, I'm a holy divine lyrical deity
Even atheists and heathens and non-believers believe in me
The punk-ass devil was born soft
I'll piledrive you like Paul Orndorff
Steal his pitchfork and rip his horns off
I'm the born force
Sick f*ck, I'll skin you alive and then carry the bones
Load the ruger up and shoot you up like I'm Marion Jones
Vinnie is out of his dome
Guinea that carry the throne
Gimme, it's that or be stoned
Trinity, that'll be home
We bout to spaz, R.A. and Vinnie Paz
We don't give a f*ck
New jack p*ssy, young rappers think their rapping is good
Young rappers get treated like fetuses in planned parenthood
This ain't no Mickey Mouse, zip-a-dee-doo-dah Disney
It's the claws of a grizzly
It ain't Wayne and Drizzy, it's Thorburn and Vinnie And R.A., that's my brother there, anyone who unaware
I'mma leave em stumbling as if they had a ton of beer
I'm from Philly, it ain't a sucker to ever come from here
You a p*ssy, you see confrontation and you run from there
What kind of dirty bitch did your daddy put his sperm in?
Kiddie porn web searchin, pervert jerkin, you serpents is Satan's servants
You get slain for certain if you put your faith inside of Satan serpents
Stick the blade in you while I embrace you like my favorite person
Stay in Hell burning, slaves with chains on your brain like a turban
I make Abel kill Cain and get bible pages reversin', brains burstin'
It takes a taste of bourbon for me to rape a virgin
And Vinnie deal with mathematics like an Asian person
Hands like Roberto Durán, it's the flight 103 Pan Am
It's the Gulf War between Iraq and Iran
Treat you like Indians I'm snatching your land
I'm more dapper than Dan, I'm Rakim I master the plan
I bring the roots without having a band
Without having a fan I coulda never took care of my fam
I coulda never done all the tours on the shores of Japan
Still would've slaughtered your man, still would've aborted the plan
Still an apostle from Sham, still I'm like God in Sudan 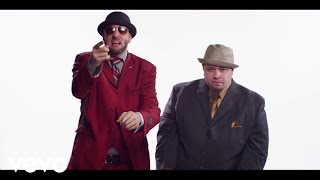