Crippled asshole with a magic bag of dimples for your
cancer

Rubber Duckie laughing answers out, well why you
hackin’ riddles?

That sunset there looks just like a painting, ask a
black widow

She’ll tell you that we made it, but she taped it to
your back window

The pasty cream of cynisdom, inner wisdom tastes like
being abstract

I think thee protest too much (“No I’m not, no I’m
not”) but it’s just a hint though

The bride of free speech f*cked her brother the Rubber
Duckie grins so….

Shit on your inner wicked stepsister and her knock
knock jokes

What you lookin’ at? Your reflection’s up here, but
it’s subtle

Your thoughts see it best dark in artificially lit
tunnels

At least part of us writes, grip the Duckie tight with
white knuckles

But the way I dance with us, glancin’ up at frightened
chuckles

He ain’t nobody, but my twin will rock the mic just
like I’m quite humble

Before I find my spot, to finally get it off my chest

Rubber Duckie’s got glue boots and one trick(horse
hooves)

Your moon is made of cheese, man, shake believe until
the sun skips

But after all is said and done, you learned I love you

Then we can all

Amongst your sunlit scraps

How the oceans got froze

I musta missed the meeting again I suppose 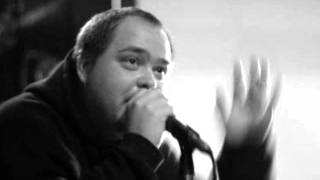