Well I guess that I'm back here
Got a feeling that it's that clear
So much change, I been feeling like a cashier
Man, this last year was a mother f*cking trap full of bad peers
Well looking back, then I guess I laugh at it
Just kids making trouble in their math classes
Just kids making trouble 'till its past savage
And they turning into fat addicts with some bad habits
I'm too concerned with fat asses and rack-stacking
Tha-that's just the material bullshit I put on my rap album
Tryna chase the feeling, gotta f*cking trap-n-pack em
We got glass matching and I'm thinking "How does that happen?"
Kid brings his f*cking backpack and I'm like "That's Massive"
Bottles, I can see the bottom with the max glasses
Act natural, Got some f*cking grass patches
This shit's a whole new world
I'm like Aladdin
Damn, Its a straight up double movie
Man, this shit is so unruly
Damn, I'm feeling hella groovy
Feeling hella stupid this is hella boujee
Getting to escape from it all
That's just the way that you ball
Yeah getting to escape from it all
Well, it feels great 'till you fall
They be saying "You the man!"
This is dope bro
I'm like "hell yeah", but I'm thinking 'bout what happens when I go home
To my family and know that they don't know
Shit that's a no-go, guess I'm going solo
But now I'm getting paranoid Look at what I've f*cking done to go repaid a void
Thinking, what if my parents really got to know
Go silent, here a knock at the door, Shit

If ignorance is bliss, I guess I pretend to be ignorant
I guess I'm an idiot
We live in a world where people pretend they ain't different
Shit is getting ridiculous
I won't spite you for tryna rock to somebody else's drum line for a spot in the lunch line
But we gotta draw some line
So many lines to cross, I see god in my Tees sometimes
And I ain't even religious
The power of these words is as real as existence
Man, I feel it from a distance
Fake friends leaving in an instant
I guess it's plagued me for a minute
I guess it's changed me for a year
I guess it's made me who I am and I ain't gonna quit, frankly I'll stay right here
Underrated, I haven't been respected
Putting all this work and still be in the trenches
Funny how rappers claim to be independent
When their album got a hundred names in the credits
Doing it by myself
No co-signer
Better bars than these rappers with their ghost-writers
Who's gonna be famous? Well I'm the most likely
But the city people don't like me, so they go bite me 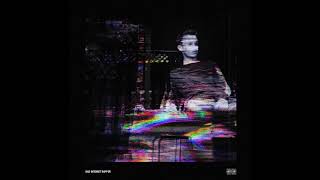 check amazon for 2016 Was A Bad Year mp3 download
these lyrics are submitted by itunes1
Songwriter(s): Quadeca
Record Label(s): 2017 Quadeca
Official lyrics by