May I be allowed to voice dissent
Over the Sixties, and what they meant
Cos I’ve been listening for twenty years
The anecdotes ring in my ears
From people who were over the age of consent

Mother’s Pride on the table, Batman on TV
A Man in a Suitcase, and Daktari and Skippy
Jimmy Clitheroe, Colin Stein, and Lulu selling tea
Going to school in the dark, in the winter The view from beneath my balaclava
The world from four feet off the floor
Must have had its limitations
Without my adult complications
But I can only report what I saw

Lucky bags, Bazooka Joes, animal tracks on my shoes
I was sooking milk through a straw
in the middle of the morning
Saturday morning pictures, and fireworks getting thrown
Football songs in the shelter in the playground
St Cuthbert’s horses pulling the carts of the milkmen

You know, it’s funny, but
I don’t recall too much long hair 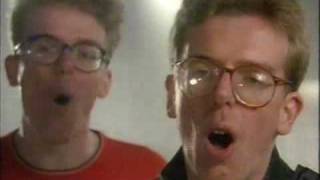