'Round the corner from me lives a lawyer/rocker age 53
He's got two kids, both girls.
23 and 17 you know they mean the world to him.
But Mr. Lawyer, he's not the point. He heard my band
And had to give an account of what he liked and what he hated,
Mentioned we alienated girls from boys.
You see I was angry, I was crushed and I know these words
Just wont be enough.
And I'll come home at night and crawl in my bed so cold And rest will never come.
When I scream, it certaintly isn't for machismo.
Not intimidation or gender segregation
I just needed more from the words I sang but you can't understand.

So you're saying that a female only listens to ballads and love songs? The girls that I know wouldn't think so.
But according to you our songs should separate all the girls from the boys. 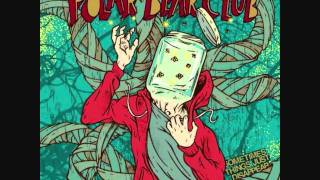 check amazon for Our Ballads mp3 download
these lyrics are submitted by musixmatch3
browse other artists under P:P2P3P4P5P6
Record Label(s): 2011 Polar Bear Club
Official lyrics by