She wears her trouble like a backpack
Big ol' rock sack weighin' her down
Drag her feet on the ground
Her heart breakin'
She can't shake it
There's a blues in her bones won't leave her alone
Like a Jones for a fix, some anonymous kick
She can't name it
She can't shake it
She gussies all up and slips into her nightclub clothes
Tops it all off at the bottom with capezios
There's a place right down the street
The resurrection with a disco beat
She's gonna dance, dance, dance
Like a sufi in trance, can't break it
Whirlin', twirl, see the girl's spine tingle and snake it And the burdens on her mind
Are off to another space and time
She's gonna make it
She's gonna shake it
She's back on the streets when the club shuts down
But the heat beatsstrong like a heartbeat sound
No escapin'
She can't shake it
She jingles in the front of a sidewalk shop
Pawns her watch for a hot Walkman
Tells the man, I'll take it
She can't shake it
There's a mood on the edge of her mind like a big, black cloud
She slaps on a rap track, jacks the phones way up loud
And the music sooyhes her brain
As the groove pulses through her veins 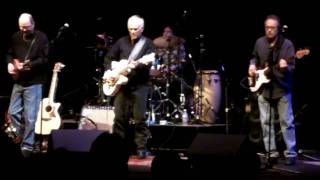