[Verse 1]
Y'all hung us and we forgave you
Y'all whooped us 'til we praise you
And how hundreds of years later, we still a slave to you?
I say to you, "Treat us the same way you treated Dylann Roof"
And y'all ain't 'posed to be scared of us, we 'posed to be scared of you
Dylann killed half of the church, y'all took him to Burger King
Killed George Floyd 'bout twenty dollars, knee on his neck and spleen
You don't wanna look like one of them, they'll try to steal your dream
"Protect and serve" is the motto, guess they don't know what it means
I'm tryna live, live to that day I can see an all black jury
2020 and I still ain't seen an all-black jury
Just got a text from my mama, said, "Babe, I hope you're safe"
I texted back and told her, "I hope they don't kill me by my race"

[Verse 2]
You got a gun and I don't, the one who 'posed to be scared
The ones who chasing they dream ain't the ones who 'posed to be dead
And why the judge and the prosecutors ain't spoken out yet?
And systematic racism responds by havin' these [?]
If it don't effect the majority, it ain't a problem, for real
That's opioids, a problem, don't know what an opioid is
Now how the system gon' treat you, it all depend where you live
They only deem it a problem 'pending on how the majority feel
He killed half of the church, they say he mentally disturbed
Some people did a lil' looting, White House called 'em a thug
With his fortune, five-hundred coppers who stealin' from all of us
Corona killin' these inmates, ain't nobody sayin' a word
He don't sympathize with a race, he care more 'bout the flag
His black folk who fought and served too, lil' homie, that's facts And once you show us who you is, it ain't no walking it back
You stood in the paint for his pain and I love you for that
In this world, there's two justices and we all know that
Paul Manafort stole millions and did two years for that
My partner got caught wit' crack cocaine, got twenty-five for that
We're talkin' to you, blue in the face but ain't no explainin' that
We ain't askin' for no favours, just wanna be treated the same
If you only care about you, how you expect it to change?
If you've been privileged all your life, it's hard to feel our pain
And Mr. Officer, I'on want no problems, just don't kill me, man

[Verse 3]
No, the system ain't broke, it's workin' exactly how they designed it
The system don't work for everybody and ain't no way you can deny it
If you don't think Jake and Tyrone deserve to be treated the same
Then you part of the problem, the system never gon' change
Everybody white ain't good and everybody black ain't bad
The education they give you, it all depend on your bag
The Indians were here first and y'all took it from them
I'on even know why stealing illegal 'cause y'all did it to them
Do you even know it feel to have a knee on your neck?
I'm talkin' 'bout the system now, they make it hard to progress
"A black man became president so we ain't racist"
The eight years that he served, half the world couldn't take
The darker your skin is, to some, that mean you less qualified
The undercover racist dangerous 'cause he don't show you no signs
If they can make money off it, they'll welcome you to the club
And they'll smile in your face and call you a nigga in the tub
You got value? That's the only way they dealin' wit' you
Fall off or go to prison? Then they finished wit' you
I ain't just here to entertain you, I'm worth more than that
I can trade stocks just like you, my brother showed me that 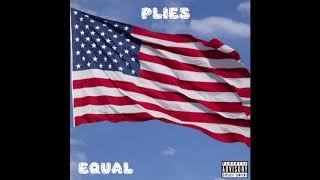