Music's Worth It Lyrics

Music's Worth It Lyrics


[Intro:]
Oh this is so real right here man. Play-N-Skillz I'm in the booth I'm
rapping Skillz is rapping ha ha ha it was worth it man for real. The Process

[Verse: Play's]
The year's 1998
Me and my brother a couple of crates
Two latinos Two brothers from that lone star state
I got the music with a dream

For the cream got to go and get it
I'm in the game there's ain't no way I'm going to forfeit
I reminisce passing flyers I had to pay my dues
And now I'm on the same flyers cause I paid my dues
It's 2001 when I start to make my run
I got the music know it's hot, but I'm lacking funds
I need a hand maybe 2 give me the whole body
And who believe very few if anybody
My momma and pops broke, my girl got into my own body
But now the stuck with a nobody [Chorus]

[Verse: Skillz]
Everytime I wake up
I'm thanking god I'm caked up
Ya'll never had no faith in us
5 stations playing us
Same City ain't that pretty
Wasn't Easy never greedy
All about the bucks and now y'all goin' see me
Don't give a f*ck if ya'll believe me
I was behind the scenes
But now it's more creme
It wasn't plan to be
But now we plan to be
The next producing duo
Just like a game of uno
We the last ones left
You better catch your breath huu... (deep inhale)
At times I wanted to quit
But Play would give me shit
He said I had a gift
And now it makes sense
I kept my sleep in brain
I really did complain
Even though I'm getting fame
Ya'll know I won't change

[Outro:]
Yeah Play-N-Skillz this is The Process baby
Yeah Dallas, Texas 2-1-4
You know I go to shout out and thank everybody
who helped Play-N-Skillz believed in them
The G4 Family what up boss, all our fans
big D latium entertainment
Charles Chavez, radio stations, Universal Records
rest in peace Mike D and all the fans 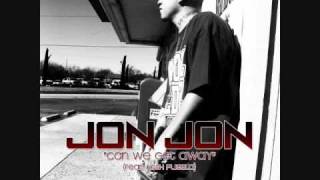 check amazon for Music's Worth It mp3 download
these lyrics are submitted by kaan
browse other artists under P:P2P3P4P5P6
Record Label(s): 2005 Universal Records, a Division of UMG Recordings, Inc
Official lyrics by