Colonel Forbin stared up at the mountain

And wiped away the beads of sweat

That glistened on his brow

His tired feet were buried in the quagmire

And his bloodshot eyes saw all that lay between him

And fulfillment of his vow

And he felt his fingers wrap around a knotted root

And pulled his body upwards

To a sea green mossy boulder

And he climbed so slowly

He climbed so slowly

Suddenly he heard the crack of thunder

And the rocks began to crumble overhead

And tumble down the mountain to the

Dismal swamp that lay beneath the jagged cliffs

through which his path had led

And the earth began to quake beneath his feet

And the mighty mountain changed before his eyes

Cascading down the mountain

And a thousand birds were headed for the sky. Oh...

And if you wait until tomorrow

When the dust had cleared, the colonel lifted up his head

And he saw the silhouette that stood before him

And he bowed in reverence

Trembling in the shadow of the mighty legend's form

Icculus the prophet stood before his eyes

Looking down on Colonel Forbin

Where he shuddered in the puddles and the muck

And he quietly addressed him

And he spoke so slowly

He spoke so slowly

I call upon my faithful friend the mockingbird

And a tree of knowledge in your soul will grow

And the Helping Friendly Book will plant the seed

But I warn you that all knowledge seeming innocent and pure

Becomes a deadly weapon in the hands of avarice

The sacred greed will be yours

And if you wait until tomorrow

Icculus's shoulder, and Icculus whispered into the bird's ear, and it flew

off toward Wilson's castle in the valley below.

The next morning at the camp Errand Wolfe and Rutherford stood frozen in awe as the famous mockingbird flew out of the sky and laid the Helping Friendly Book at their feet. The quest for the book had dragged on for so many years that it's sudden appearance left the men staring in disbelief, unsure of what their next move should be. The shock wore off quickly though, and Errand Wolfe shot into high gear. He snatched up the book with one hand and the famous mockingbird with the other, and began to inform Rutherford of his plan. He would first kill Wilson, and then put the Helping Friendly Book to work for him. With Rutherford's aid he fastened the famous mockingbird to a pole, with glue and rubber bands, to insure the secrecy of his mission, and then set out to find the only man in Gamehendge who could handle the job of eliminating a King.
Explain lyrics
Correct lyrics 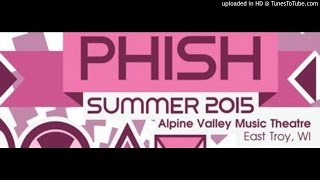