[Intro]
Ayy, it's Philthy, nigga
(Funk or Die)
Uh-huh, look
A wise man once said nothin' at all (At all)
If she stay down long enough, then we destined to ball (Solid)

[Verse]
Rollie on her wrist, but she ain't set the time (Bustdown)
She fell in love once, but this her second time (It is)
Eyes cut low, baby 5'4" (Baby 5'4")
We used to paint the east and the sideshow (It's Philthy)
Ten thou' on Dr. Miami (305)
Victoria's Secret, shopping for brand new panties (Ayy, what you need?)
Let her drive the foreign off the lot (Foreign)
When I first copped a Wraith, she drove it off the block (It's Philthy)
Ling ling, she a real trapper (Swear to God)
Plus she get more money than a lot of rappers (Broke nigga)
Hatin' ass bitches, they just mean mug (Hater)
Fresh pedicure on a clean rug (It's Philthy)
White rice in the crockpot (Ayy, eat it up)
She gave me good advice when the stock dropped (Good lookin', ma)
Table full of chopsticks (Ayy, I keep it on me)
Eatin' at the same table with the chopsticks (It's Philthy) Posture perfect, so she sit up right (Sit up right)
Fresh boob job, so they sit up right (They sit up right)
California king what she sleepin' on (Is that right?)
Silk Versace robe what she keepin' on (It's Philthy)
Designer in her closet, ain't nowhere to move (Designer)
Too many pair of reds, she can't pick and choose (Christian Loubs)
Let her count a hundred, all blues (Chump change)
You can tell by the smell that it's all new (It's Philthy)
She work out every day before she go to work (She go to work)
Head game crazy, mami, go to work (Mami, go to work)
Shit ain't the same, so it's gon' test you (Uh-uh)
If you respect the game, then it's gon' bless you (It's Philthy) 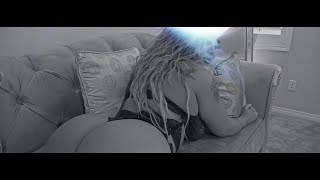