We were here before, before four score, before four
thousand years.
We interbred, which changed your head; at least you kept
your ears.
Flew past stars and then to mars and then we brought you
here.
We were just interested in stellar evolution and not
religious ideals.

Me and Ra and Jehovah, and Yahweh and the kid.
We set her down to look around and tried to keep it hid. Ezekiel saw in full and nearly flipped his lid, so we
took him inside and took him for a ride and he got so
excited.

We regret that when we met, you were so ill prepared.
Your scientist did not exist and you got so damn scared,
you theorized, it's no surprise, that out of the thin
air, you pulled a crazy old theory about a creator that
was scary a man with a long white beard. 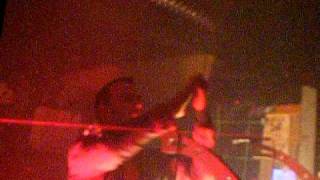