[Verse 1:]
The place was stuck in my head, little increments of lead
The first day was like the hospital bed
The Netherlands I was panickin', ridin' around ambulance
Amsterdam dumbin' out, Cannabis Cup
Animated everybody was, rainin' still hot enough
Trains, trolley cars, live as f*ck
I stay in a one star
Don't need the five cause I'm live on 101 bars
You know the odds, I'm a? fan, eatin' at any kabob stand
Cold as ice, run the shit, on or off land
And it's dry water, super flow, Sargent I Slaughter
Any odd person that shows that I oughta
I keep my passport passed on
This year introduced the one they call Fashawn
Fugee Craig, still keepin' my mask on
Last long and anything that's past is passed on

[Talking: Fashawn]
Niggas call it the gray area cause it's gray and shit over there right.
"Amsterdam"
I don't know if you know that. They got a smoke shoppe over there. This is for the gray area.
Ayo, the first time I was in Amsterdam, was with Hectic, my man Evidence.
"Amsterdam was stuck in my head"
The world Layover Tour. 2009. Straight up.
"Oh, it's a kind of stupid groove"
"Amsterdam"

[Verse 2:]
The place was stuck in my head, eyes burgundy red
My first time visiting was with Ev
The world Layover Tour
09, traveled to Netherlands
We tore it down, hit the coffee shoppes for the medicine
Thought I saw a red light, tryin' to keep my head tight
By starin' at a nympho, posted behind some window
If I go any further that'll be too much info
But f*ck it, shouldn't gave me a pencil
And now it's like a song embedded in my memory
Had they hands up, see more arms than a centipede Can't wait to go back
Nothin' like the first time
When I brought my Kodak
Sit back and press rewind
I don't think I'll ever get homesick
I ain't been home since
Globetrottin'
Switchin' time zones, the whole shit
The flights, the road trips
Peace to Cookin' Soul
I be back overseas before you know it
Grey area

[Talking: Jerreau]
Yeah. Okay.
"Amsterdam"
It's sly news ya heard? It's Jerreau ya heard? Evidence ya heard? Mick Boogie ya heard? Let's go.
"Amsterdam was stuck in my head"
Okay
"Oh, it's a kind of stupid groove
Yeah, look.

[Verse 3:]
On a world tour
Monkey Wrench, they my man
Fly each and every place with Blackberrys in hand
Leavin' e'rything behind, I call that your past
But I'll be back with more memories and shopping bags
They embrace us like it's our home
When all around the world, they singin' the same song
You only die once but you can live forever
So I put my life in my music, however
Y'all kill me
I just play dead
I got big city dreams
Don't wake me ya hear?
But you believe, if nobody dead, it's better to give than receive
I give 'em all of me
And they keep tryin' me
Like, if at first you don't succeed
I just bounce back like bad checks, hit or miss
You shoot for the stars and brick
You air ball, I ball like this
And if you say what you feel you must feel bad
Cause y'all ain't sayin' nothin' good
I'm all I ever had
Shout out to the richest of the broke rappers
Y'all wait till the price go down
I'm in another country, 'nother town
Gettin' cultured
How you gonna stop us now?
There's a means to an end
I'm makin' ends meet
For a lot of y'all rappers it's the beginning of the end
So run tell a friend
Yeah

"Amsterdam was stuck in my head"
"Oh, it's a kind of stupid groove that you can't ignore" 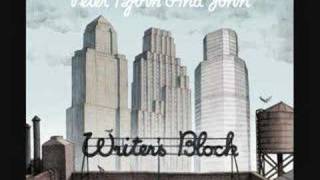