I saw Adam leave the garden
With an apple in his hand
I said, "Now you're out
What are you gonna do?
Plant some crops and pray for rain
Maybe raise a little Cain
I'm an orphan and I'm only passing through."

I saw Jesus on the cross
On that hill called Calvary
"Do you hate mankind for what they've done to you?"
He said, "Speak of love, not hate
Things to do, it's getting late I've so little time and I'm just passing through."

I shivered with George Washington
One night at Valley Forge
"Why do the soldiers freeze here like they do?"
He said, "Men will suffer, fight
Even die for what is right
Even though they know they're only passing through."

I was at Franklin Roosevelt's side
Just a while before he died
He said, "One world must come out of World War Two
Yankee, Russian, white or tan
Lord, a man is just a man
We're all brothers and we're only passing through." 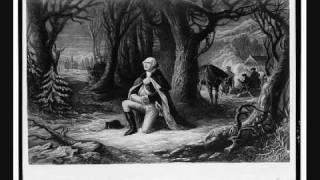