English is the most widely spoken language in the history of the planet.
One out of every seven human beings can speak or read it.
Half the world's books, 3/4 of the international mail are in English.
It has the largest vocabulary, perhaps two million words,
And a noble body of literature. But face it:
English is cuh-ray-zee!

If the plural of tooth is teeth, shouldn't the plural of booth be beeth?
It's one goose, two geese. Why not one moose, two meese?
If it's one index, two indices; why not one Kleenex, two Kleenices?
English is cuh-ray-zee!

You can comb through the annals of history, but not just one annal.
You can make amends, but not just one amend.
If you have a bunch of odds and ends and get rid of all but one, is it an odd or an end?
If the teacher taught, why isn't it true that a preacher praught?
If you wrote a letter, did you also bote your tongue?
And if a vegetarian eats vegetables, what does a humanitarian eat?
English is cuh-ray-zee! Why is it that night falls but never breaks and day breaks but never falls?
In what other language do people drive on the parkway and park on the driveway?
Ship by truck but send cargo by ship? Recite at a play but play at a recital?
Have noses that run and feet that smell?
English is cuh-ray-zee!

How can a slim chance and a fat chance be the same
When a wise man and a wise guy are very different?
To overlook something and to oversee something are very different,
But quite a lot and quite a few are the same.
How can the weather be hot as hell one day and cold as hell the next?
English is cuh-ray-zee! 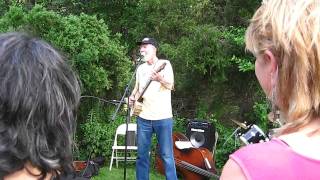