BATTLE OF NEW ORLEANS
(Jimmy Driftwood; tune: Eighth of January, trad.)
Well, in 18 and 14, we took a little trip
Along with Colonel Jackson down the mighty Missisip
We took a little bacon and we took a little beans
And we met the bloody British in the town of New Orleans
We fired our guns and the British kept a comin'
There wasn't nigh as many as there was a while ago
We fired once more and they began a running
Down the Mississippi to the Gulf of Mexico
Well, I seed Marse Jackson come a-walkin' down the street
And a-talkin' to a pirate by the name of Jean Lafitte;
He gave Jean a drink that he brung from Tennessee,
And the pirate said he'd help us drive the British to the sea.
Well the French told Andrew, "You had better run
For Packenham's a=comin' with a bullet in his gun."
Old Hickory said he didn't give a damn
He's a-gonna whup the britches off of Colonel Packenham.
Well, we looked down the river and we seed the British come
And there must have been a hundred of them beating on the drum
They stepped so high and they made their bugles ring
While we stood behind our cotton bales and didn't say a thing
Old Hickory said we could take em by surprise
If we didn't fire a musket till we looked em in the eyes
We held our fire till we seed their face well
Then we opened up our squirrel guns and really gave em well..
Well they ran through the briars and they ran through the brambles
And they ran through the bushes where a rabbit couldn't go They ran so fast the hounds couldn't catch em
Down the Mississippi to the Gulf of Mexico
Well we fired our cannons till the barrels melted down
So we grabbed an alligator and we fought another round
We filled his head with minie balls and powdered his behind
And when we touched the powder off, the 'gator lost his mind
They lost their pants and their pretty shiny coats
And their tails was all a-showin' like a bunch of billy goats.
They ran down the river with their tongues a-hanging out
And they said they got a lickin', which there wasn't any doubt.
Well we marched back to town in our dirty ragged pants
And we danced all night with the pretty girls from France;
We couldn't understand 'em, but they had the sweetest charms
And we understood 'em better when we got 'em in our arms.
Well, the guide who brung the British from the sea
Come a-limping into camp just as sick as he could be,
He said the dying words of Colonel Packenham
Was, "You better quit your foolin' with your cousin Uncle Sam."
Well, we'll march back home, but we'll never be content
Till we make Old Hick'ry the people's president.
And every time we think about the bacon and the beans
We'll think about the fun we had way down in New Orleans.
Copyright Warden Music Co., Inc.
recorded by Pete Seeger, Jimmy Driftwood, and Johnny Horton
filename[ BATNEWOR
RG
===DOCUMENT BOUNDARY===
Explain lyrics
Correct lyrics 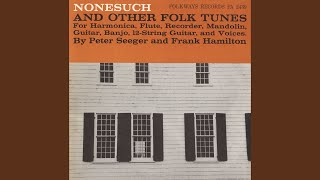