[Eazy-E]
This is Eazy motherf*ckin' E, coming to you direct from the Penthouse
And we chillin' in this motherf*cker
Yo Playa, spit

[Playa Hamm]
Break yourself hoes, you're in the presence of his Mackness
Ruthless/Priority is back with another platinum package
For the suckers who didn't think we was coming just like this
Kiss my ass and watch a troop straight freak your bitch
And get a hoe back with a mack smooth controlling the mind
And the body, be giving up the p*ssy a party
See busta-ass niggas getting paid, but it ain't shit though
Yeah you punk motherf*ckers doing low but yo
Witness a mack with strong back attack with no pity
Getting fat off your bitch's titty
Los Angeles Players of the Penthouse are worldwide
Run but you can't hide, check your girl I'm sure to slide
Run up and between and get a hoe cause she's been asking for
Don't disrespect us, ??? she'll come back for more
Never underestimate the power of a young troop
Checking a fat grip and ain't on no head trip
With suckers on the nut sack hanging from the hairs
And bitches on the dick like my BVD underwear
For a freak ain't jocking for any reason, so what?
I'm a still hit some guts, get a nut, and a some cuts, sluta

[Eazy-E]
If you do nothing, say nothing, you'll never be nothing
And there's a sucker born every motherf*ckin' minute
Yo Quik, kick that shit

[DJ Quik]
Now the suckers take a licking like a Timex
Cause I'm a troop and I'm rolling like a Rolex
And I'm your host with the most, Mr. Quik, Eazy-E
(And the P-E-N-T-H-O-U-S-E) with something bumping for your stereo
But sucker-ass niggas don't hear me though
But funky is the password to make them fear me, though
Cause I'm platinum-bound with that west coast sound
And if you want to get down I got 17 rounds
Claiming you peel caps, nigga I pull naps Of the next of the saps with that wack-ass cap
Like these South Bronx niggas, starving like rats
With songs more corny than Yo! MTV Raps
How would you figure that a nigga like the Quik would show you slack?
I'd rather put a f*cking shank in your back
Cause I'm the type of nigga that'll f*ck your moms at gunpoint
Off of Genuine Draft and a bud joint
So if you're looking in The Source magazine and don't see me
It's cause the f*cking East Coast is the enemy
But I got something that'll serve you right
Nighty night motherf*ckers (gunshot), sleep tight

[Eazy-E]
Here comes another Penthouse Player, stepping on toes
Tweed Cadillac out for the money, the mic, and the hoes
Fade 'em my skinhead nigga

[Tweed]
Now I'm a ??? for sharp clothing and pose and be chosen
I'll rock the mic, the stage, the party, and the hoes and
Rolling suckers up in a zag like a spliff
Smoking 'em, like a new pimp cigarette
It's been said that I'm a get f*cked
Or get f*cked standing straight up
It's something bout your face, make me want to slap it
Something bout your eye, make me want to black it
Call me "Earl Shibe," I'll dip you alive
Spraypaint your posse for $99.95
The track stainless, the record of Tweed
Don't confuse me, for your bitch or your homey
Yeah I'm talking shit, only God can kill me
Your rhymes don't thrill me, suck my sweet dick, Willy
Yo, Larry Parker, where's my 3 million?
I want a bus in ninet deuce fill in
The P the P the C, pimp or die low
Shake it up baby, it's coming back dope
I ain't from Compton, I dwell in Los Angeles
Heart of California, land of the scandalous

[Eazy-E]
Now there you have it, Penthouse, true motherf*ckin' players
Kicking that pimp shit for '92
And if you don't like it, f*ck you 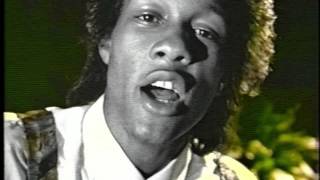 check amazon for P.s. Phuk U 2 mp3 download
these lyrics are submitted by kaan
browse other artists under P:P2P3P4P5P6
Songwriter(s): dj quik