When he met the little pig whose house was made of straw
You know he never should have said a wolf was at his door
He could have said he was delivering a pizza, sure
But no, his appetite was getting in his way

So when he's huffin' and a-puffin' up his big bad chest
That little pig jumped out the window, he was heading west
And Wolfie he was pickin' straw out of his vest
Because his appetite was getting in his way

So he was poundin' at the door and screaming “Bacon, Ho!”
“I'm gonna slice you, dice you, here I go!” The little pigs are truckin' out their twiggy digs back door
‘Cause Wolfie's appetite was getting in his way

And since he couldn't huff and puff and blow that house away
He's climbing up on to the roof and down the chim-nye-aye
But hey, he slid into a pot of boiling water, Ray!
And the piggies feasted on him all the day 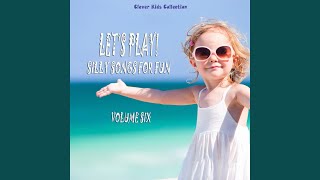