Tom Joad got loose from McAlester Pen;
There he got his parole.
After four long years on a man killing charge,
Tom Joad come a-walkin' down the road.

Tom Joad, he met a truck driving man;
There he caught him a ride.
He said, I just got loose from McAlester Pen
On a charge called homicide,

He found his mother's old fashion shoe,
Found his daddy's hat.
And he found little Muley and Muley said,
They've been tractored out by the cats,

Tom Joad walked down to the neighbor's farm,
He found his family.
They took Preacher Casey and loaded in a car,
And his mother said, We've got to get away. 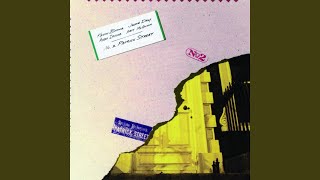