Located on a plateau, surrounded by a jungle of strange vegetation and
animals, stands a building, i.
An "hotel", offering to people of all creeds, colours and sexes the
realisation of their impossible dreams, people united only in search of
the ultimate experience.
i stands for initiation, identity, idealism, integration, illumination,
immortality, infinity...
The building is controlled by a sphere hovering overhead, within which
is stored all information on the emotions, sentiments and sensations of
all the people in the various rooms.
From all over the world people are attracted to this centre. The bait
is the possibility of experiences way beyond normal existence... they
are offered the fulfilment of all their dreams, all their hopes, all
their secret ambitions and desires. And they flock in, the disappointed,
those who have realised that any hope of development and personal
fulfilment in the outside world is forever gone, that their futures are
as barren as their boring presents.
The only price is the same as the reward: -life itself. For if, after
careful screening, the applicant is allowed to take part in the various
ñgamesî on the different floors -after he has continued through his own
idealised situations he will die. This has been, until this story
starts, irrevocable.
However, there is a key -a key which so far has not been found -a
possibility of escape.
After he has entered the building, the searcher can only go up. He must
rise through sensations of ever increasing magnitude, artificial
situations of greater and greater challenge. Some, despite the
delicately beneficial manoeuvring of the omniscient sphere, which can
slightly aid when difficulties become too great, surpass the abilities
of the individual. However, he MUST rise, conquering all obstacles,
learning his own final limits, and he can never turn back. He sets his
own pace for the ascent, it may take years for the completion of the
course, but there is only one direction for him.
All the while his progress, his feelings, everything he does and is, is
monitored by the overhead globe -each despair, when the problems seem insurmountable, each surge of triumph over a victory, his pains, his
lusts, his pleasures, his ecstasies, are recorded, electronically
stored, and the best sensations transmitted for the most popular
entertainment of the rest of the world.
And, seven times each year, the winners of the floors, those who have
successfully completed the course, are pushed out onto the diving board
by the attendants, to plunge in a few minutes the distance it has taken
years to mount.
The ground onto which the bodies fall is transparent, and reduces every
body instantly to its component atoms. Below, stretching deep beneath
the earth, is another, similar building, like a reflection of the one
towering above. There, the reconstituted diver will experience the
inverse of the previous conditions.
Somewhere, sometime in the building a man and a woman meet and fall in
love, deeply, truly, completely. Sometimes they go through the games and
tests together, sometimes they are separated, sometimes during the games
they are paired with others, sometimes they compete with each other -but
always they are in love, and they are determined that their final
sacrifice shall be together. So they rise, and approach the top.
The days of sacrifice, the payment of the ultimate price, life, are
always popular. People gather to watch their favourite heroes, whose
developments have been recorded and electronically relayed for so long,
to take the final step... the end of illusion. But on this particular
day all the world waits for the final episode in the love story they
have been witnessing for so long, as never before have two people
together reached the top. The pair link hands and walk over the crowds,
along a narrow plank. Every touch of apprehension, all their mutual
adoration and deep feeling of love for each other, is amplified and
relayed to the attentive millions. At the very end of the diving board,
they look once at each other and take the final step.
And the crowd watches in awe, as the two figures, already dwarfed by
distance, rise from the end of the board and, carried by their love,
vanish into the skies. 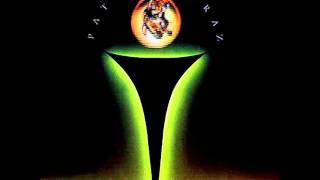