Still hate,
Heinously, I've suffered in existence, tortured of conformity, spawned from progression,
Ominous vile in rapture to the horde of miscreation and blank eternal sacrifice.

Open up the gates, release the f*ckin plague
Abomination, impure and exiled.
Nobody will comprehend.
The forces divine and condemned.

Fight threw the f*ckin hate, with no mercy
Pulled by all the hate, You'll be left for dead.
Win the battle and terminate today, disgusted with all the weak.

Banishment of all the futile and of all the godless truths,
Terminal illness amongst the fleet of disgusted guilt.

Disguised in purity erect of malicious states, Termination directed against the weak.

Turn the tables, blessed in sickness.
I want you dead, burning,
A disease for wasting,
I want to be.

Always never you said, termination fed the grinder,
Just the wasting, nothing you say
Termination still grinding,
Always nothing you say,
Nothing else you say,
Resurrect something instead to kill all thats left. 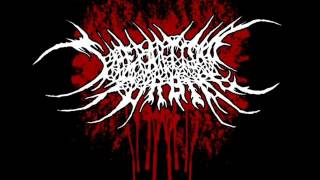 check amazon for B.f.g. mp3 download
these lyrics are submitted by kaan
browse other artists under P:P2P3P4P5P6