Must be the chronic that got these nigga thinkin they bionic
They better get the hell of that gin and tonic
Bring the blues, I shatter and batter crews
Can't lose, don't snooze on the 30 shot
Who's on my my hip when I leave my residence
Get me fed I spit lead and leave u dead like presidents
Shit is silly, bust the sequel
I'm runnin from the cops and still gotta watch for my own people
Stress leads me down the path of redrum
Smart enough get some mad enough take some
Want some, need some, f*ck around and bleed some
Don't get dumb, I'll beat that ass like a drum
Hostility is buildin on a daily basis
Sick of all the nonsense save the mean faces, I ain't scared
Of you
My glock erases wrinkles leavin expressions of pain
Can't think with a bullet in your f'n brain
I hop skip and jump bail
I ain't goin upstate again
I'm in the alley hidin in a garbage pail
Peep the style of the runaway child
Livin wild, poppin stick like noon now
Ooh child, things ain't gettin no easier
My hair is gettin peazier, I'm lovin it don't worry
Be nappy on the regular, live long and prosper
Get yours, love your mom, safe sex, etc...
The streets are filled with temptaion and madd sin
The last thing we need is saint ives
Suicide on the rise, everybody think they uzi weighs a tonne
Shit's gettin hectic, too much redrum

Everybody wan heaven, them not wan dead
Redrum

99 bottles of beer on the wall all u need is 2 niggas To drink them all
And start illin, think about killin a villain on your way to hell, where sa-tan dwell
Can't tell who's good or bad
Who's got love, or who's jealous
Who's sceamin, who's the angel
Who's the demon, who's the nigga fiendin
Mass confusion over illusions, brothers cruisin
With the shotty, la de da de, they came to party
Ready to lick shots like lollipops
On blocks it's hot, anybody can get shot even cops
When it rains it pours, bullets have no names
It puts a strain on my brain, as I try to maintain
It's drivin me crazy but I can walk from here
I feel close to insane, I gots no fear
My mental is scrambled like eggs
It f*cks me up, everytime I see a black man when he begs
Washin windows, tap dancin, prancin, struttin
Most of the time people give his ass nuttin!
A quarter here, a quarter there, now u know why we murda
Bein homeless, to me is unheard of
I'll do whatever I gotta do
And if I get locked then I got 3 hots and cot true
But jail cells are full with niggas, every day
Mayday, they're gotta be a better way
To make it is easy, to keep it is the hard shit
U need some lessons to move on up like the jefferson's
Some aim teks to get respect, where rolex'
Drive a phat lex around the projects
Flexin and plexin until they catch a dum-dum slug
Shit is bugged on the streets, too much redrum 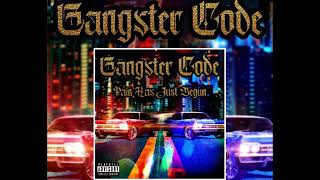 check amazon for Redrum mp3 download
these lyrics are submitted by musixmatch2
browse other artists under P:P2P3P4P5P6
Record Label(s): 2013 Pain
Official lyrics by